Republication And Revival Of Wills In The Philippines 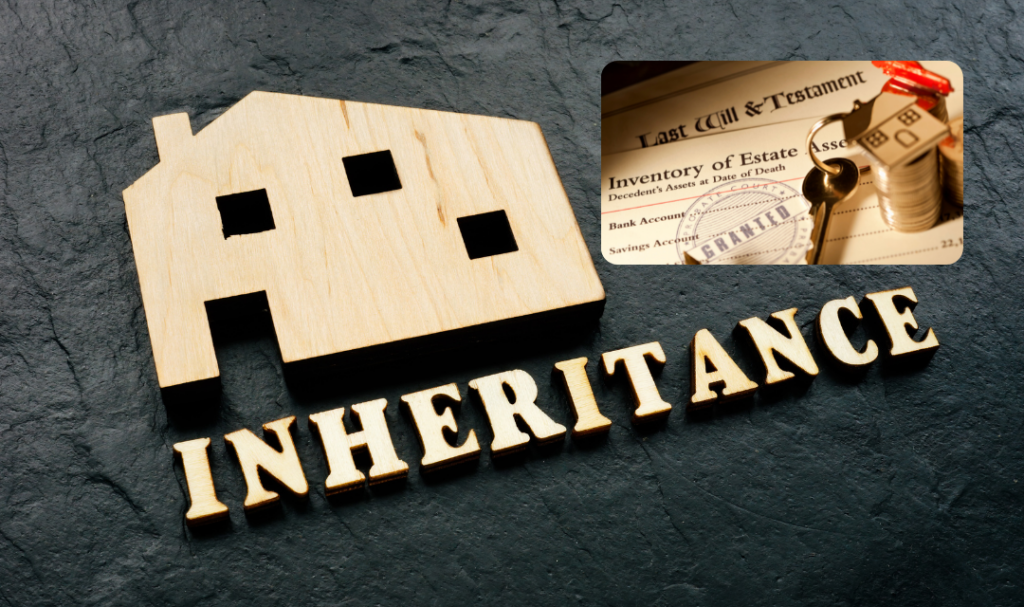 Contents show
1 Formalities of a Will
2 Can one republish a void Will?
3 Can a codicil revive a revoked Will?
3.1 Change in Law
4 Revival of revoked Will
5 Republication by Codicil
6 Dependent Relative Revocation

We shall discuss Republication and Revival of Wills in the Philippines. How to republish and revive the same.

“There is a time for everything, a time to be born and a time to die”

Death is probably one of the most avoided topics in a family discussion. Partly to blame is the superstitious belief among Filipinos that such discussion invites bad luck. But whether we like it or not, the fact exists that one day we will breathe our last. Nevertheless, before that day comes, everyone enjoys the luxury of owning properties, whether real or personal. The sad part is, upon one’s demise, these properties may perpetually exist, but one’s life cannot.

Of course, to die peacefully is to know that our family is secure of whatever they need when our time on earth is done. Good news is, we have a chance to make this become a reality– and that is the main reason why succession matters.

According to Manresa, if we have the right to own private property, therefore we also have the power to dispose them freely, imposing such licit terms and conditions as we might deem convenient.[1]Manresa, 6th Ed., p. 317 This is precisely what succession is all about.

Article 774 of the Civil Code defines succession as a mode of acquisition by virtue of which the property, rights and obligations to the extent of the value of the inheritance of a person are transmitted through his death to another or others either by his will or by operation of law.[2]Article 774, Civil Code

Under the abovementioned provision, succession may either be testamentary, intestate, or a mixture of the two. Testamentary succession is the distribution of properties by means of a testament, or through an instrument of alienation conditioned upon one’s death.

Formalities of a Will

Article 783 of the Civil Code defines a will as an act whereby a person is permitted, with the formalities prescribed by law, to control to a certain degree the disposition of his estate, to take effect after his death.[3]Article 783, Civil Code

A will may either be a Notarial will or a Holographic Will. The latter refers to a written document which is dated and signed by the hand of the testator himself while a notarial will is governed by the provisions under Article 805 and 806 of the Civil Code.

Pursuant to Articles 804-806 of the Civil Code, the formalities of the Notarial Will are as follows:

On the other hand, holographic wills require the following formalities pursuant to Article 810 of the Civil Code:

In the absence of the formalities mentioned above, the affected provisions of or the entire will may be invalidated.

Can one republish a void Will?

The answer is in the affirmative. Republication is defined as “an act of the testator whereby he reproduces in a subsequent will the dispositions contained in a previous will which is void as to its form or executes a codicil to his will.”[6]De Leon, Succession, p. 132

Express republication is provided for under Article 835 of the Civil Code which states that “the testator cannot republish, without reproducing in a subsequent will, the dispositions contained in a previous one which is void as to its form.”[7]Article 835, Civil Code

To illustrate, suppose John executed notarial will in 2015 because he only had two (2) attesting witnesses. Since the law requires three (3) witnesses, the will is void as to its form and produces no effect. If John wishes to republish the same, he must execute a new will. But this time, he must have three (3) attesting witnesses. If he executed the new will in 2020, it is as if he made the will not in 2015, but in the year 2020.

As regards the effects, if the 2015 will states that John will give “all his cars to his only son, Pedro, and the latter had only two cars back then and increased the same into five (5) in 2020, all five cars will be inherited by Pedro by virtue of the republished will.

Can a codicil revive a revoked Will?

On the other hand, implied or constructive republication is done by execution of a codicil which has the effect of republishing the will as modified by the codicil.[8]Article 836, Civil Code

Suppose there is a will executed by John in 2015 which he revoked in 2017. He can thereafter make a codicil referring to the will in 2015, describing the same, with a given date and a declaration that it is his last will and testament. In this case, the codicil executed by John had the effect of republishing his 2015 will. However, there is no law stopping John from executing a new will instead.

A codicil can revive a revoked will. However, the nature of the cancelled will, which is sought to be revived, should be determined first. When the will that was previously revoked by the testator is not void as to its form, then, it can be revived by a codicil.

On the other hand, if the revoked will is void as to its form, then, the same cannot be revived by a mere codicil. It should be republished by reproducing the contents of the revoked will in a new instrument but, this time, complying with the formalities for making a will.

But what will happen if there is a change in the law modifying some of the formalities in the execution of wills?

For example, when John executed his notarial will in 2015, and he only had two witnesses but the law requires three (3). But at the time of the execution of a codicil, the law reduced the same from three (3) to two (2). In this case, the subsequent law shall govern following the provision of Article 795 of the Civil Code.

Article 795. The validity of a will as to its form depends upon the observance of the law in force at the time it is made.[9]Article 795, Civil Code

Therefore, from the above discussion. the execution of a codicil produces the following effects:

Revival of revoked Will

The testator may revoke his will any time before his death.[11]Article 828, Civil Code “Revival” has been defined “as the restoration or reestablishment of revoked will or revoked provisions thereof, to effectiveness, by virtue of legal provisions.”[12]Paras, Wills and Succession, p. 153

According to Article 837 of the Civil Code, “if after making a will, the testator makes a second will expressly revoking the first, the revocation of the second will does not revive the first will, which can be revived only by another will or codicil.”[13]Article 837, Civil Code

It is settled that republication is an act of the testator as opposed to revival which takes place by operations of law. Therefore, the only way by which a previously revoked will may be revived is through another will or codicil.

The execution of a codicil referring to a previous will has the effect of republishing the will as modified by codicil.[14]Article 836, Civil Code

In the context of wills, as mentioned earlier, republication is described as an act by the testator in which he reproduces in a subsequent will the dispositions contained in a previous earlier one that is invalid in form or he prepares and executes subsequently a codicil to his will.

It is an express republication if the testator reproduces the dispositions contained in a previous will that is invalid in form in a subsequent will. This is the republication mentioned in Article 835 of the Code.[15]The testator cannot republish, without reproducing in a subsequent will, the dispositions contained in a previous one which is void as to its form. Its goal is to cure the will of its formal flaw.

It is constructive if the testator performs a codicil to his will for whatever purpose. This is the republication alluded to in Code Article 836. A duly executed codicil operates as a republication of the original will and makes it speak from the new date, insofar as it is not altered or revoked by the codicil, and even if the will is not physically annexed to the will at the time of executing the codicil, where it refers to the will in such a way as to identify that instrument beyond doubt. If a codicil revokes portions of a will, it republishes the will as of the date of the codicil for all parts that were not cancelled.

This is a recognized, but presumed, revocation of last will and testament under Philippine law. The established rule under this doctrine of dependent relative revocation is that if a testator revokes a will with the intention of executing a new one immediately and as a replacement of the old will, and the latter is not made, or, if made, such new will fails to take effect for any reason, it will be presumed that the testator preferred intestacy, and the old will will be admitted to probate in the absence of evidence overcoming the presumption, provided the contents thereof can be ascertained.

The doctrine of dependent relative revocation is not a substantive rule of law, but rather a rule of supposed purpose. The doctrine’s acknowledged assumption is not artificial. It’s also not conclusive. It does not trump real proof of the testator’s intention. The theory of dependent relative revocation, as a rule of inferred purpose, cannot be taken so far as to undermine the genuine intention of the testator in a case where the circumstances in evidence do not support the assumption.

“Granting for the sake of argument that the earlier will was voluntarily destroyed by the testator after the execution of the second will, which revoked the first, could there be any doubt, under this theory, that said earlier will was destroyed by the testator in the honest belief that it was no longer necessary because he had expressly revoked it in his will of 1939?[17]Ibid.

“In other words, can we not say that the destruction of the earlier will was but the necessary consequence of the testator’s belief that the revocatory clause contained in the subsequent will was valid and the latter would be given effect? If such is the case, then it is our opinion that the earlier will can still be admitted to probate under the principle of “dependent relative revocation”.[18]Ibid.

“This doctrine is known as that of dependent relative revocation, and is usually applied where the testator cancels or destroys a will or executes an instrument intended to revoke a will with a present intention to make a new testamentary disposition as a substitute for the old, and the new disposition is not made or, if made, fails of effect for same reason. The doctrine is n limited to the existence of some other document, however, and has been applied where a will was destroyed as a consequence of a mistake of law. . . . (68 C.J.P. 799).[19]Ibid.

“The rule is established that where the act of destruction is connected with the making of another will so as fairly to raise the inference that the testator meant the revocation of the old to depend upon the efficacy of a new disposition intended to be substituted, the revocation will be conditional and dependent upon the efficacy of the new disposition; and if, for any reason, the new will intended to be made as a substitute is inoperative, the revocation fails and the original will remains in full force. (Gardner, pp. 232, 233.)[20]Ibid.